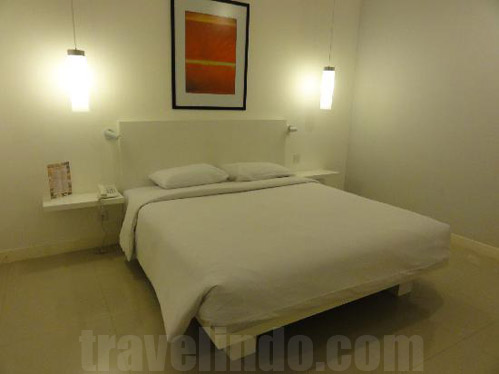 The Plaza Hotel Glodok is located on the 3rd floor, inside the building Glodok Plaza shopping center and has a capacity of 91 rooms. Located right in the heart of the Glodok.
Glodok is part of Jakarta in the past. Area known as the largest 'Chinatown' since the Dutch colonial era in Indonesia because the majority of traders operating in the neighborhood are of Chinese descent.
Now Glodok area known as the center of Jakarta's largest electronics. Surrounded by other major trading centers such as Lindeteves (LTC), Morning Market, Glodok Jaya, Orion Plaza, which is as big and famous as Gajah Mada Plaza and Mangga Dua along the road of Mangga Besar and Hayam Wuruk.
The Plaza Hotel Glodok is surrounded by some of the museum & the historic buildings and the railway station "City" which can be reached within minutes from the hotel. While Soekarno-Hatta International Airport is within approximately 45 minutes from the hotel.