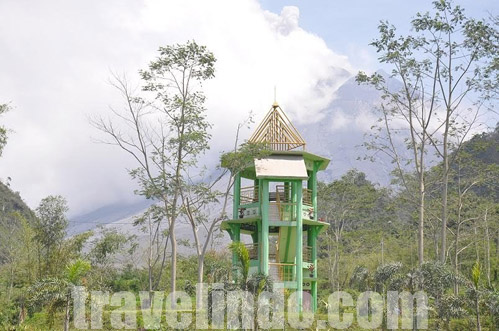 Kaliurang is a small town located about 25 kilometres (16 mi) north of the city of Yogyakarta on the southern slopes of Mount Merapi volcano in middle of Java island Indonesia.

It is a resort town, popular as a weekend destination for visitors from Yogyakarta. Attractions include the cool air, views, and an extensive forested park with trails. The town charges a small admission fee to visitors, paid at a booth on the busy main road from Yogyakarta.

The town was the location of negotiations during the fighting between the Dutch and Indonesians in the 1940s, when the houses and holiday homes owned by the Sultanate of Yogyakarta were utilised.

Kaliurang has been an important base for vulcanologists in their monitoring of eruptions of Merapi, especially when the southern slopes of the volcano become active.