The increased hotel occupancy during the Jember Fashion Carnival (JFC) on 1-4 August 2019 proved that the event managed to attract local and international tourists. Teguh Suprayitno, Head of Indonesia Hotel and Restaurant Association, on Sunday, 4 August 2019, explained that during the four days event, hotel occupancy and restaurant reservations experienced an increased, and that was also experienced by souvenir centers which were full of visitors. 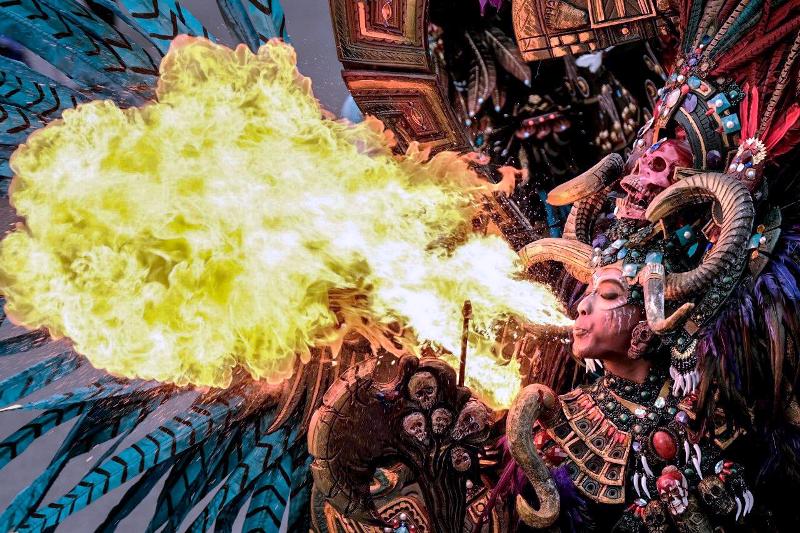 The level of occupancy increased by 100% than normal days. Moving forward, this should be maintained to ensure extended stays by incoming tourists, as stated by Teguh. 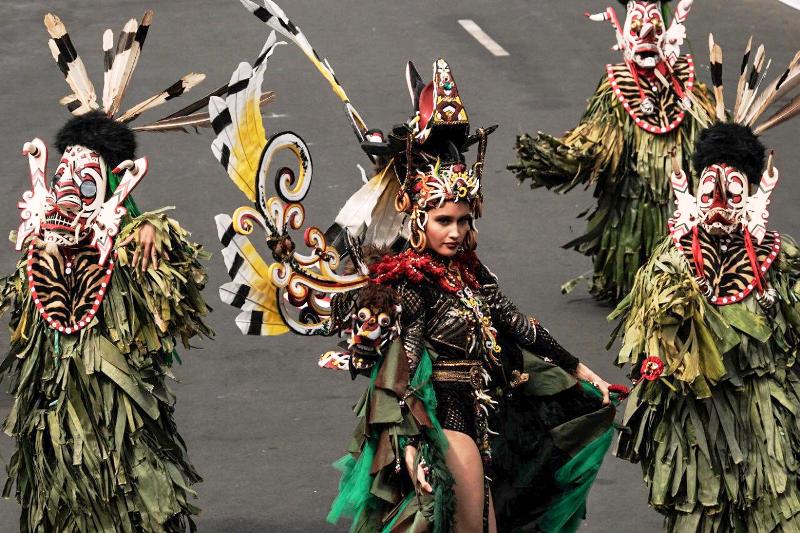 The theme for the 18th JFV is Tribal Grandeur. JFC 2019 promoted world tribes by involving more than 6,000 carnival participants. Eight traditional costumes from diverse tribes were completely showcased, such as Aztec from Mexico, Mongol from Mongolia, Zulu from South Africa, Viking from Norway, Karen from Thailand, Polynesia, as well as Indonesia which was represented by the Minahasa tribe from North Sulawesi and Hudoq from East Kalimantan.

This is JFC 2019 was more special than previous years because it was also participated by Anne Avantie. Top-level Indonesian designer, commonly known as Bunda Anne. Her presence provided a new spirit for the JFC 2019. She even brought 25 of her art which was themed forever in the heart. Furthermore, this year JFC was also more special due to the performance by the artist Cinta Laura, as the JFC 2019 Ambassador, with her magnificent Dayak themed costume. 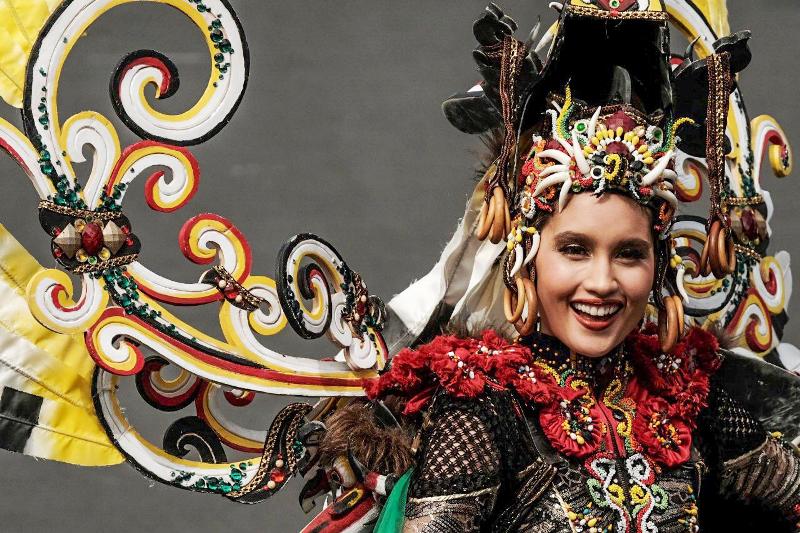 Grand Carnival JFC 2019 was also more extravagant than the previous days, in which the visitors were packed, be it in the VIP lane and outside the barriers. It was estimated that thousands of spectators were present at the JFC 2019 area, locals and visitors.

Currently, JFC is even included in the top ten CoE in 2019 of the Ministry of Tourism and is the best carnival in Indonesia.
resources:
http://www.kemenpar.go.id/post/press-release-jember-fashion-carnaval-2019-successfully-attracted-tourists