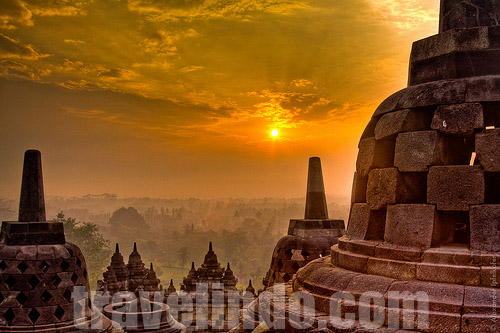 We are Javanese first and everything else after that! our guide proudly told us as she led us to the Javanese cottage where my husband and I would be staying in Yogyakarta. We were in Indonesia for a week and were all set to explore this reg­ion in Central Java. Stepping into the house with a black-oxide floor and a tha­tched roof replete with wooden beds covered by mosquito nets, Java did not seem all that different from rural India. Yet, we soon realised that the sort of religious harmony that exists here is something that our country is yet to achieve. And everything we saw during the course of our travels only reinforced that.